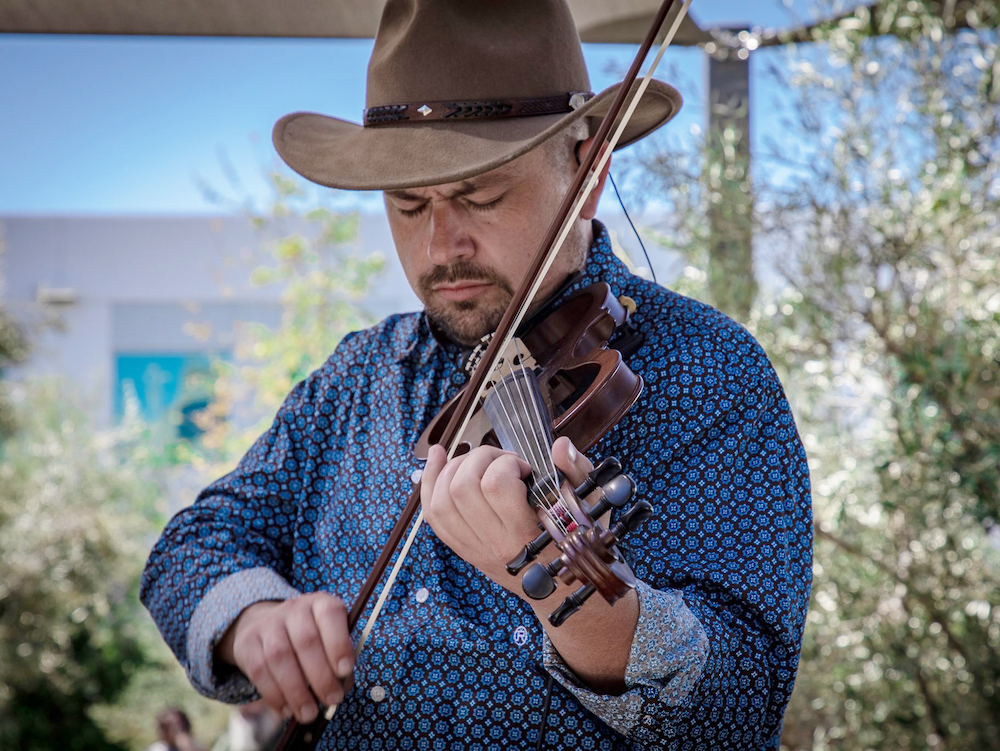 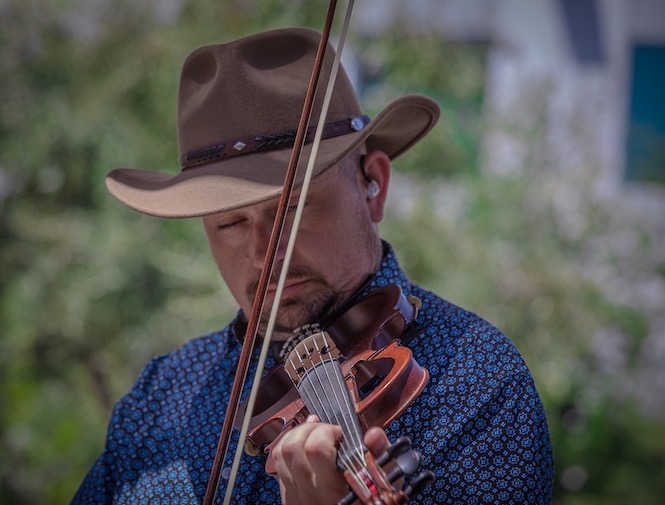 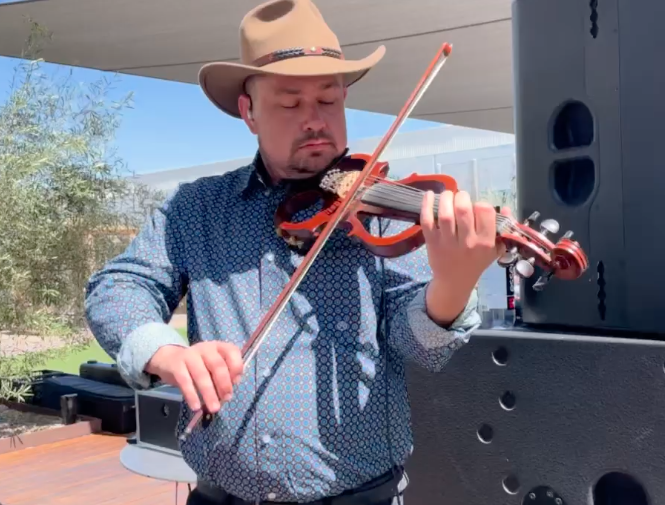 Multi-instrumentalist Tyler Emerson began playing violin in 1988 in the Sierra Nevada mountains and foothills of Northern California, a region rich with arts and music. There he was influenced and guided by master musicians of many genres, from concert stages, theaters, bands and choirs, symphony orchestras, jazz clubs, to jam sessions around the campfire.

Tyler continued his musical studies at Fullerton College where he played trombone and violin in big band, and he sang in the award-winning jazz choir at Mt. San Antonio College.

He has been working as a freelance musician in Southern California for the past 20 years, performing an eclectic variety of music including gypsy jazz, mariachi, country music, weddings, studio work, composing and arranging and more. He has played music for theater productions at the La Mirada Theater Company and the Laguna Playhouse. From one end of the musical spectrum to the other, Tyler served as Concertmaster for the Yorba Linda Symphony Orchestra from 2002 through 2004, as well as performing progressive rock at the Whiskey a Go Go in Hollywood.

“Telling stories of the human experience is one of our oldest traditions. It’s how we relate our understandings, our wisdom, and the multitude of feelings we all share. I think that bluegrass music is a wonderful medium for storytelling and I am excited to be able to bring my unique musical experiences to this group of kind and talented storytellers!”

When not storytelling, Tyler enjoys hiking, camping, cooking and playing music with his wife and three sons.