While staying close to the long and storied bluegrass tradition, The Storytellers create energetic live performances in a style known as “Jamgrass” or “Newgrass”.

Though The Storytellers possess great love and reverence for the traditional bluegrass music of Bill Monroe, the band’s approach of choosing songs from the traditional folk music canon, as well as classic rock tunes and “grassing them up”, places the band firmly in the genre of “jamgrass” or “new grass” music.

That doesn’t mean you won’t hear classic bluegrass tunes like “Old & In the Way”, “Midnight, Moonlight”, “Pig in a Pen”, and “Home Is Where the Heart Is” in any given set. You will!

Legendary folk music promoter Bob Stane said, “The Storytellers bridge the gap between neat’n’tidy bluegrass and jam band music. While the arrangements may be looser, the instrumentals and vocals remain rousing, high-powered and tight.” 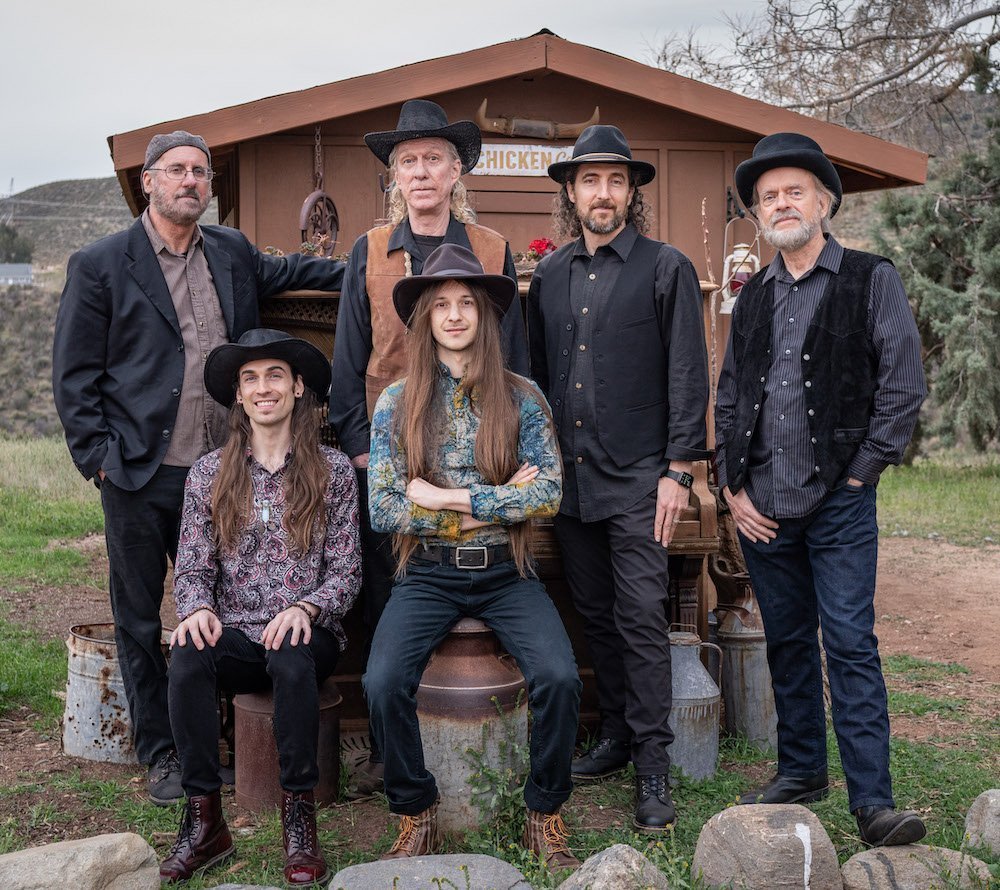 Forged in 2018, The Storytellers have taken their music on the road, playing live performances in theaters, bars, fairs and festivals throughout Southern California and beyond.

The band raised eyebrows in the traditional bluegrass community after winning the 2019 Huck Finn Battle of the Bluegrass Bands competition. The band’s spellbinding performance at the 2019 Huck Finn Jubilee Bluegrass Festival thrust them further into the regional spotlight. 2020 saw the band perform at the Orange County Music Festival, The Silverado Folk Music Festival, the Orange County Fair and the June Lake Jam Festival. The band performed at the 2021 Prescott Bluegrass Festival.

It is worth noting that the band has gained a solid reputation as a Grateful Dead cover band, specializing in bluegrass interpretations of songs by The Grateful Dead, a style known as “Deadgrass”, which also encompasses the music of Jerry Garcia and Old & In the Way.

The Storytellers band is available to perform at festivals, fairs, weddings, civic, corporate and private events, utilizing professional gear and instruments including live sound and lights.